In their final game of the season, Driffield Ladies 1st XV faced top-of-the-table Carlisle Cougars in a must-win fixture.  Carlisle sat four points clear at the top, and only a bonus point win would clinch the League title for Driffield

The two sides had met at the beginning of the season when Driffield made the long trip up North, and lost 28-42.

Driffield got off to a great start when, after just five minutes, Lane powered over for the first try.  The conversion was missed, but a 5-point lead was very welcome.

Carlisle came back at Driffield and, after sustained pressure, wrested the lead back when they went over for a converted try after 15 minutes.

It took a further 10 minutes of resolute Driffield attack before they were able to get their next score, when Short made it on the wide outside and closed on the sticks, to give Harding a well-taken conversion.

Carlisle were now starting to give away penalties, losing ground they had fought for and finally the referee had no choice but to show yellow.  So, with one short, Carlisle did well to score next and convert, giving them a 12-14 lead at half-time.

Driffield returned to the attack in the second half and ground down the defence until Driffield had an excellent rolling maul.  Wadsworth was able to peel from the back of it and power over.  Harding made an excellent conversion from wide out, and Driffield were back in the lead.

But this was short-lived as, just three minutes later and against the run of play, Carlisle broke out of their own half and got their own try, which was unconverted so the scores were 19 each.

After nearly ten minutes of hard work by Driffield, following a catch-and-drive from a Driffield lineout, Harris went in for the bonus point try, again well converted by Harding.

Driffield now had to hold Carlisle out and great defence did the job.  Driffield attacked where they could, and this led to more penalties by Carlisle – Harding converted two more to extend the lead.

The last minutes were tense, and the final whistle brought cheers from the large crowd that had gathered to watch this thrilling encounter. 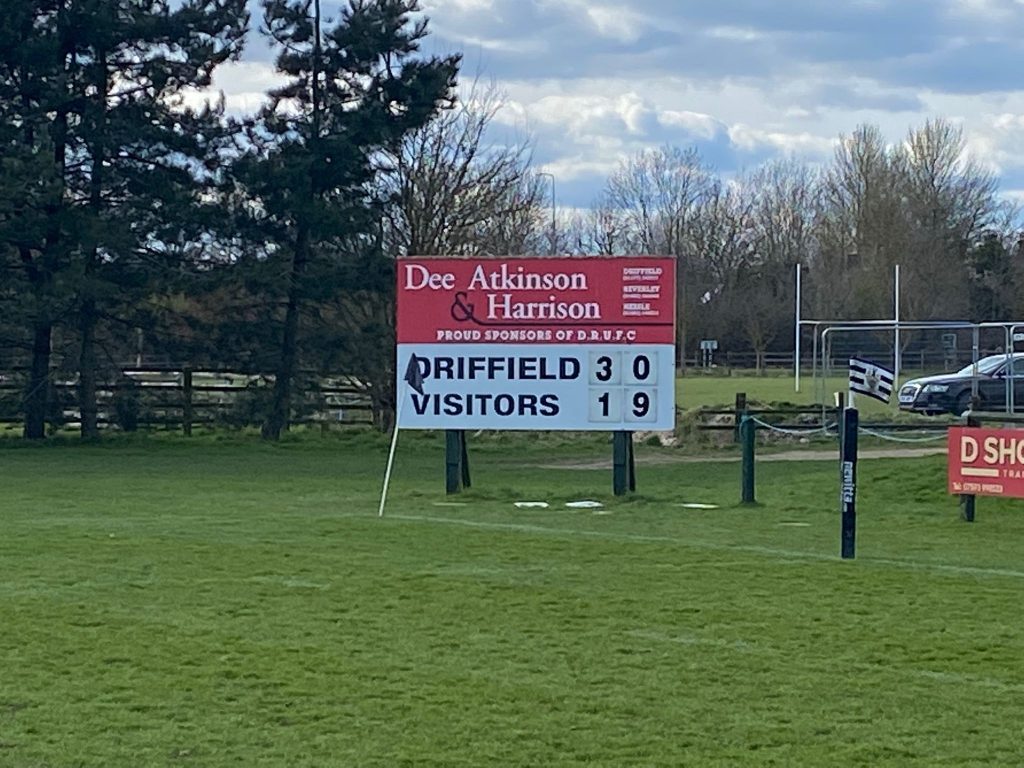 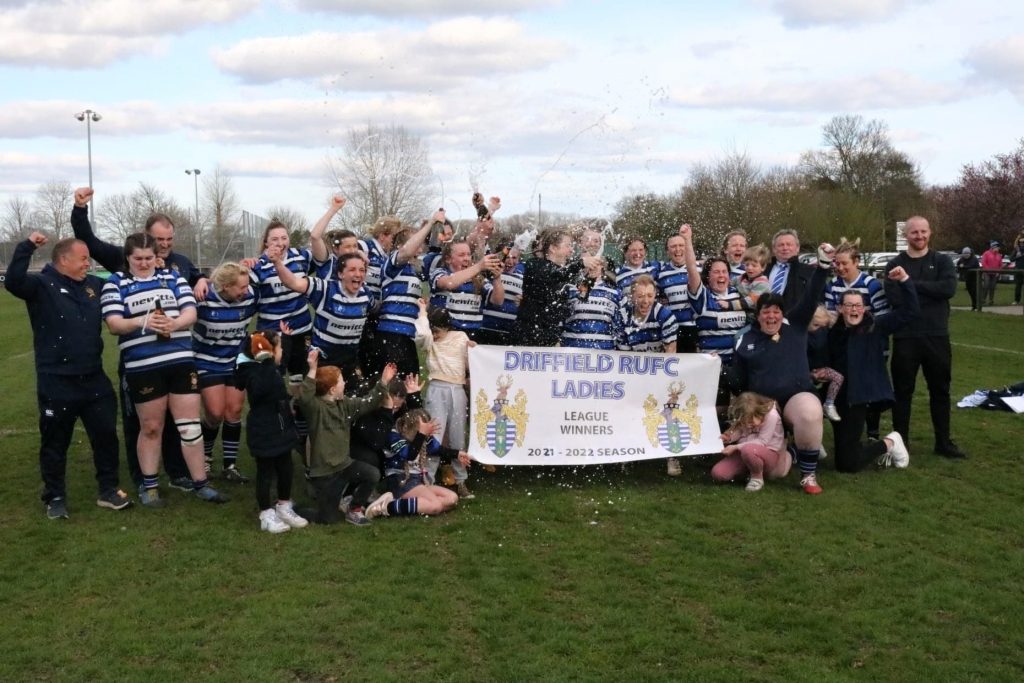 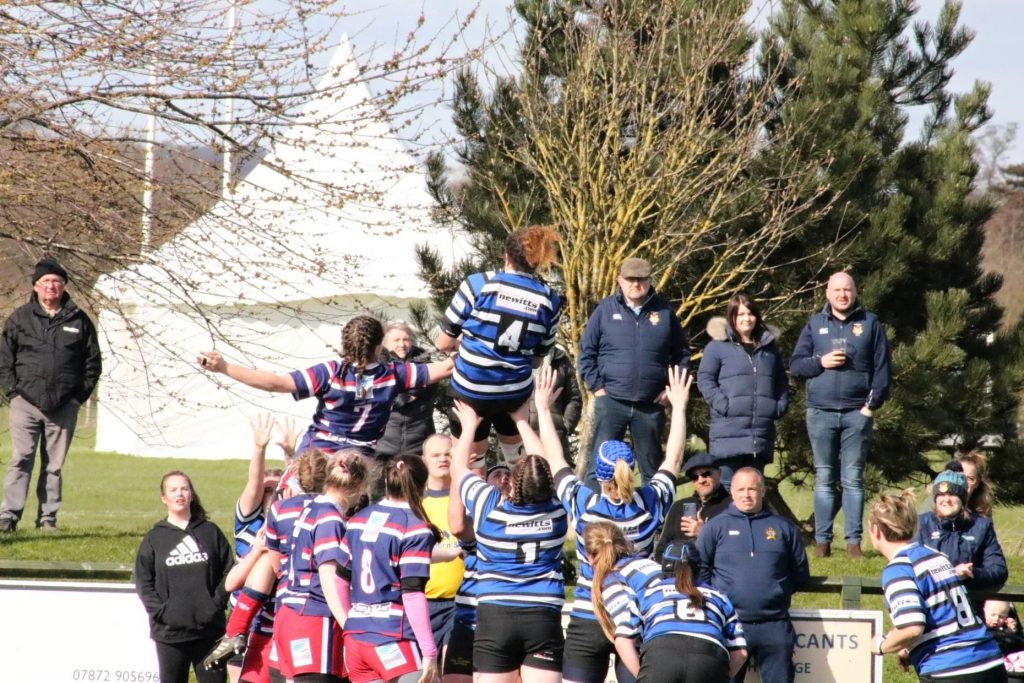 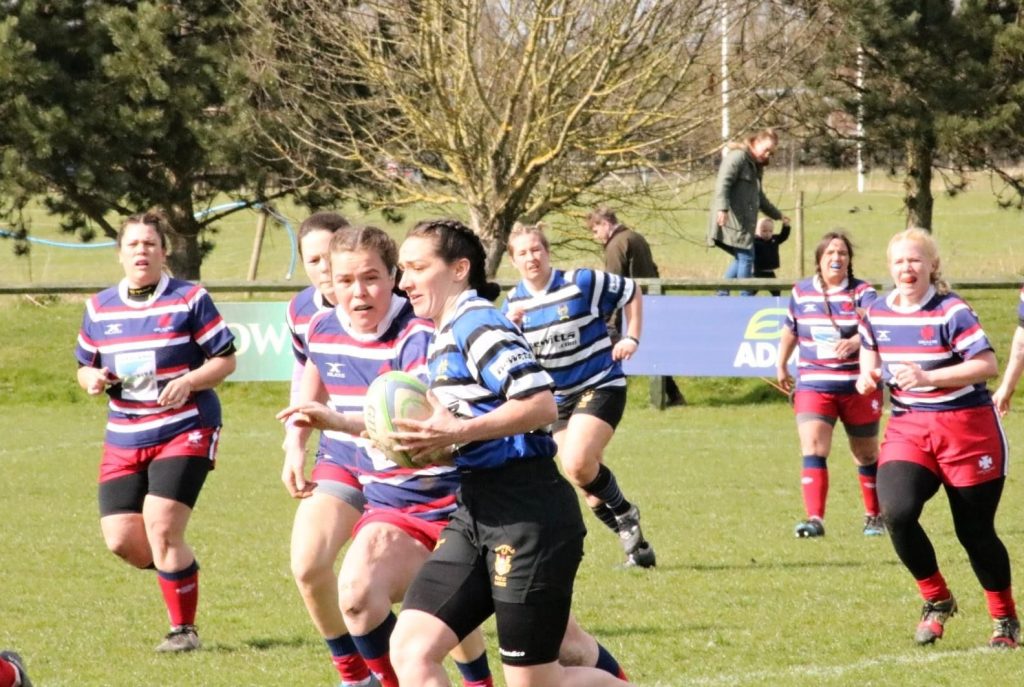